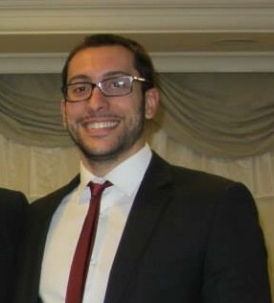 Domenico graduated in Biotechnology at the University of L´Aquila – Italy in December 2012. During his bachelor’s thesis, he focused on the Regenerative medicine using adult neural stem cells. In March 2015, he got his Master degree in “Medical Biotecnology” at the University of Bologna– Italy. In his master thesis he acquired a good technical knowledge in the biotechnological field, conducting a study in cooperation with the laboratory of Neuropathology IRCCS-Bologna working on molecular aspect of Prion Protein in its sporadic and iatrogenic forms. During first 6 mounts of 2016 he worked at MPI- Golm, Germany to optimize new protein identification method.
Since November 2016, Domenico has become a member of the TASPPI PhD at the Charles University in Praha to characterize the stabilization of 14-3-3 interactions.

This work is supported by the Initial Training Network, funded by the H2020 Marie Curie Actions of the European Commission under Grant Agreement 675179